Kudremukh Trek: Everything you need to know about.

Why should you go for Kudremukh trek?

Here are are the top 5 reasons to book Kudremukh trek package:

Things to expect on the Kudremukh trek 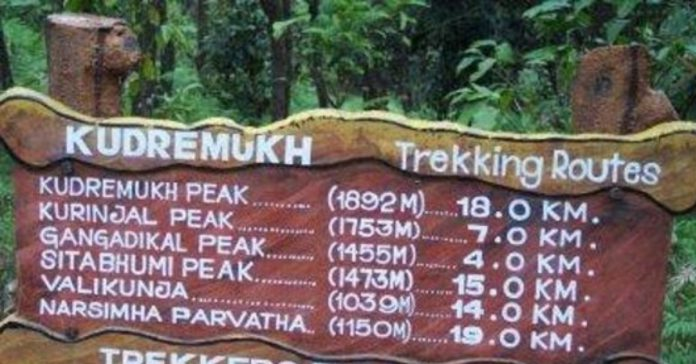 Kudremukh is located in the heart of western ghats at a distance of 330 Km from Bangalore.

All the mountain areas in Karnataka are logically named as a region called Malenadu. Watch this famous song describing its unique culture, beauty, and food.

The action begins at the Forest department check post on the outskirts of Mullodi village. You have to present yourself early in the morning. The dedicated trekkers’ homestay would have already served a hot local breakfast along with freshly grounded coffee. They would have given you a lunch packet that is tucked inside your small backpack, preferably a waterproof one. The proximity of the homestay to the check-post will surely help you breeze past others to stand in line.

Once we get our permission, there is no stopping us. Kudremukh peak is almost 10 Km from the base. The trek starts with the rich vegetation of the Shola forest which is typical to western ghats. The forest is followed by a patch of grasslands which usually knee heigh. This pattern will repeat many times for the next 3 Km until we reach a certain altitude. We will also cross 3 river streams along our trail. The rocks are slippery and it’s better to remove our shoes before attempting to cross them. One can expect an army of leeches usually either side of the stream as they thrive in the wet environment. If it’s a Kudremukh monsoon trek, it’s going to be wild and wet everywhere. After crisscrossing many iterations of forest and grassland, we will reach a point called Ontimara, translated to “lonely tree”. We can spot the “horse face” of Kudremukh peak close to this spot. The trail turns flat to lead us to the ruins of “Lobo house”. One would wonder how a family used to stay here at the time of no electricity.

From here we have to follow a gradually ascending path climbing uphill after the hill that looks like gigantic steps designed by nature. The fascinating thing with Kudremukh trek is, once we climb up a hill, we can look back to find a clear picture of the hill we just climbed. It’s a linear and inclined trail that makes it possible. This pattern repeats numerous times. After a while we can find a captivating setting of stacks of hills carpeted by thick green grass arranged together. This is the most unique backdrop of Kudremukh that etches in every trekker’s mind. The tranquility of the Kudremukh National Park will make this extremely beautiful cascade of hills even more appealing.

With such a clear picture, there is a good chance of finding a bit of wildlife, if you are alert enough to spot it. A series of zig-zag trails will take us to the penultimate hill where we can see Kudremukh peak one final time. A 20-minute steep climb from here will take us right on top of the horse face. On a clear day we will get to see the almost 360-degree view as Kudremukh is the highest peak of its mountain range. Thick clouds hovering around during monsoons may play a spoilsport to bask in the panorama. But then, you can never get that pure greenery in other seasons.

The stay at Kudremukh is very basic. There are about 3 dedicated homestays which cater to trekkers in Mullodi village. They provide gender specific dormitories and common bathrooms. One may find trekkers of different locations and groups in the same stay. The food is basic but edible. They give small foam sheets to sleep at night instead of beds or mattresses. It’s better to carry your own blanket or sleeping bag.

Check out about this Kudremukh Trek Experience!

Good News! We have Early Bird Offers applicable till preceding Monday of every Weekend for Bangalore Trips! Check out the Coupons on muddietrails.com. Dismiss